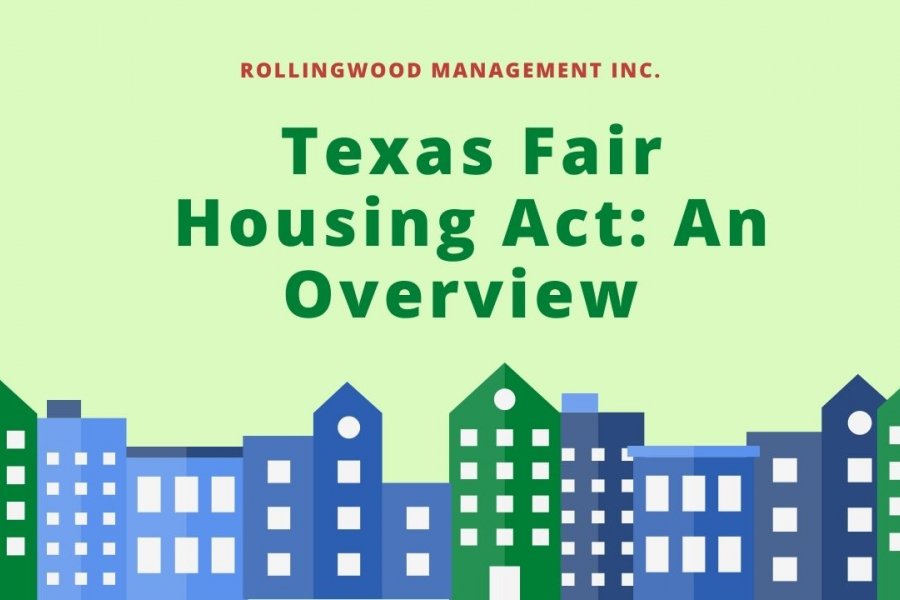 Fair Housing Act is a federal law that prohibits discrimination in housing-related matters. That is, in renting, mortgage lending, home selling, and other housing-related activity. The act was created on the principle that every person in America has a right to seek housing without being discriminated against.

What Lead to the Creation of the Fair Housing Act in 1968?

One significant component of the Civil Rights Movement in the 1950s and 60s was the fight for fair housing rights to avoid housing discrimination. The following are important historical highlights that led to the act’s groundbreaking creation:

What Classes of People Does the Texas Fair Housing Act Protect?

What Are Some Examples of Violations of the Fair Housing Act?

As housing providers, landlords might violate the Fair Housing Act when providing housing services and cause housing discrimination in a variety of ways if they're not careful. The following are common examples of violations under the act:

What Types of Properties are Exempt from the Fair Housing Act?

Some types of properties are exempt from the Fair Housing Act (FHA). The few exemptions include:

Who Enforces the Fair Housing Act in Texas?

In Texas, the government agency responsible for enforcing the Fair Housing Act is the Texas Workforce Commission (TWC). They work to eliminate discriminatory housing practices.

Do Disabled Tenants in Texas Have Special Privileges?

Texas defines a disability as a physical or mental condition that significantly impacts a person’s major life activity. Disability is one of the fair housing requirements under the Texas Fair Housing laws. You have two major responsibilities when it comes to renting to disabled tenants to avoid housing discrimination.

The bother duty you have is to make reasonable accommodations and different housing services to your rules and policies that may provide your disabled tenant an equal opportunity to use and enjoy their housing. For instance, allowing a tenant with visual impairment to keep a service dog even if you have a “no pets” policy. You must make reasonable accommodations for an individual with a physical or mental disability.

How Can a Landlord Avoid Accusations of Discrimination?

To ensure compliance with the Texas anti-discrimination laws, you must ensure that you:

As a landlord, you must ensure that you follow the Fair Housing Laws. You must also follow landlord-tenant laws, the state's legal eviction process, respect squatter's rights, and more.

Have a question regarding any of these laws? If so, Rollingwood Management, Inc. can help. We’re a certified residential property management company that has been serving property owners in Austin, Texas since 1986. We can take care of your legal responsibilities, as well as provide you with help in other property management services!

Disclaimer: This post should not be used as a substitute for professional legal advice. Laws change frequently and this piece may not be updated at the time of your reading it. For legal help please contact a licensed attorney.